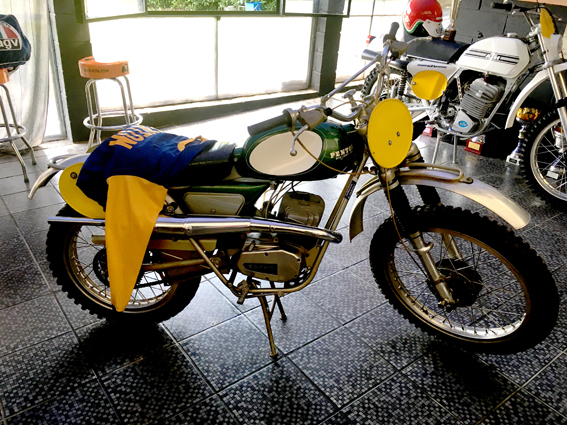 This is a special year for Penton.
In 1967 John Penton paid KTM $6000 to design a prototype off-road racing motorcycle.
On March 6th of 1968 10 production Penton motorcycles arrived via air shipment in Ohio and within less than a week the Penton team raced 6 of them in an AMA National Enduro.
2018 is the 50th anniversary of that historical beginning for Penton and KTM.
In the fall of 1968 the Penton team including John Penton and Tom Penton entered a Silver Vase team in the ISDT in San Pellegrino.
It is very exciting for Tom to come back to Northern Italy which was the site of his first ISDT and especially to be with many of the competitors of those days.
My experience at the ISDT started two years later in El Escorial at the age of 16.
For me the names on the entry list bring back very fond memories and the opportunity to spend the weekend with these people will be an epic time.
Thanks,
Jack Penton

Manage Cookie Consent
To provide the best experiences, we use technologies such as cookies to store and/or access device information. Consenting to these technologies will allow us to process data such as browsing behaviour or unique IDs on this site. Not consenting or withdrawing consent may adversely affect certain features and functions.
Gestisci opzioni Gestisci servizi Gestisci fornitori Per saperne di più su questi scopi
Display preferences
{title} {title} {title}